4. THE PUREST FOREST, DENSE YET LIGHTWIGHT

Route description
Are you a lover of good excursions? This one, which is part of the Conca de Barberà region and within the La Ruta del Cister (Cistercian route), is one of our favorites! If you opt for this itinerary, you can pass from a typically Mediterranean landscape at first, walking between vineyards, to dense and almost jungle vegetation. During the ascent to Obac de la Vall, the forest is really exuberant; there are chestnut trees, white maples mixed with holm oaks, black pines and varieties of olive trees. When you reach the upper part, near Rojals, you can see a splendid view of the whole valley on one side, and on the other you can see the church of Rojals. A final effort will lead us to the picturesque village of Rojals, with its narrow streets among pretty houses with stone façades. The descent is by the same GR Trail and upon reaching the Barranc de la Vall ravine, there is a path that leaves to the left, indicated with an "X", since it leaves the GR. This part is not very popular and it is recommended to wear long trousers. We arrive at a track, the `Camí de les Aigües´ or `Coma de L'alandó´, full of fountains, which takes us to `Camí de la Coma´ and back to the starting point.

Point of departure and arrival: Montblanc

Punts d'interès: Entering into Montblanc is discovering a medieval world, where the streets and houses of the old town emanate an air that transports you to past centuries of feudal lords, knights and peasants, and where the writer Joan Amades placed the best known legend of Catalunya: the legend of Sant Jordi.

Do you want your day to be complete?

Sleeping in a rural house

If you have a free weekend free, we recommend that you extend the route to Saturday and Sunday. Why? Because we recommend that you spend the night in Rojals, in a beautiful country house named  La Socarrimada, amb una oferta culinària exquisida que inclou, a part de boníssims plats típics de la zona, receptes italianes tradicionals.

If you make the route in the month of April, you can try to make it coincide with the Festa Medieval de Montblanc (Medieval Montblanc Festival), a moment in which the city becomes a medieval town, with a medieval market, and many of the local dresses recreating this splendorous historical period. Although, throughout the year, visites guiades (guided tours) are organized through to most emblematic spaces of the municipality.

Although not easy to find, on the road that joins Rojals and Cogollons there is a set of cave paintings on the walls of rocks located among the vegetation. 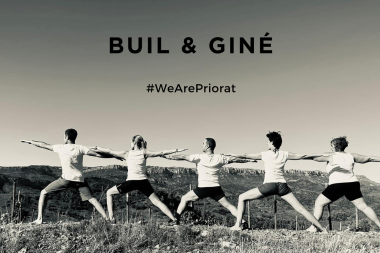