Perhaps one of the most unknown, but not less interesting. It is said that the starting point of the Tarragona Denomination of Origin is not known with accuracy. We could go back to the vineyards that were harvested in this area when the first Greek colonies arrived in the area. There is no doubt that the Roman Empire was the true impeller wine-making in this demarcation. The Mediterranean climate and the influence of the sea appear in each bottle offering nice, soft and fresh wines. We find very soft, balanced, aromatic and fruity white wines, some fresh rosé and cherry-colored, and a firm and aromatic red. Also worthy of note are the liqueur wines such as the mistela, muscatel or vi ranci - it is a traditional dry wine aged with oxidation, which acquires an old gold color.

Why is it special?

The Roman Empire was the impeller of wine in Tarragona and the civilization that initiated the seal that indicated that in this earth wine was produced, wines that were exported and that were appreciated all over the Empire. Since then, the winemakers of different generations have worked the vines allowing to obtain the quality it has gained today.

The Tarragona DO includes the Tarragonès, l’Alt Camp, el Baix Camp and the Ribera d'Ebre. Its Regulatory Council proposes tthree wine-related routes to experience the landscape and wine from the Roman Tarraco , to the modernist cellars of l'Alt Camp or the Modernism of Reus, to the beaches of the Costa Daurada, not to mention the Prelitoral mountain range. There are wineries that organize activities, visits, pairings and tastings. It is essential to visit the modernist cooperative cellars of Aiguamúrcia, Alió, Cabra del Camp, Pla de Santa Maria, Nulles, Santes Creus and Vila-rodona, the work of César Martinell. Nearby is the Santes Creus Monastery, which forms part of the Cistercian Route, and which connects this Cistercian monastery with those of Poblet and Vallbona de les Monges with the Gr-175 Trail, which can be traversed on foot by mountain biking or on horseback.

Varieties of white grape have been grown on the coast since Roman times. The wines and cavas of the DO Tarragona have their roots in varieties such as “Macabeu”, “Cartoixà”, “Xarel·lo” and Muscatel. They are refreshing grapes that also transmit the DNA of a Mediterranean land. 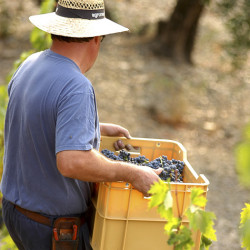 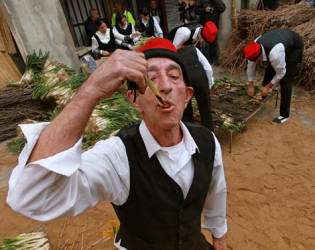